Week two of Theme Weeks! The theme originated as “Anything BUT Black or White” playing against the big Black and White trend for Spring. But I think my version evolved  into Kooky Color Combos.

Here, we have that highlighter pink sweater with which I started by pairing with these wine pants. I played with a few necklace options and dug up this oldie-but-goodie. I liked how it didn’t exactly match, but very much played off the dark pants. The necklace lead to the orange pumps (one of very few pointed toes that were saved from 6 years ago!), which lead to the pink and orange tank. It’s kind of insane, but works at the same time. 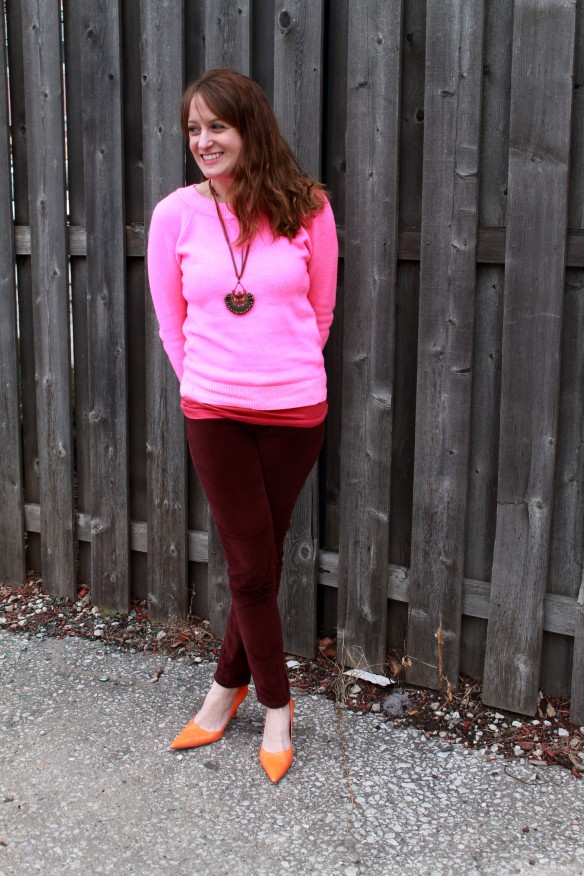 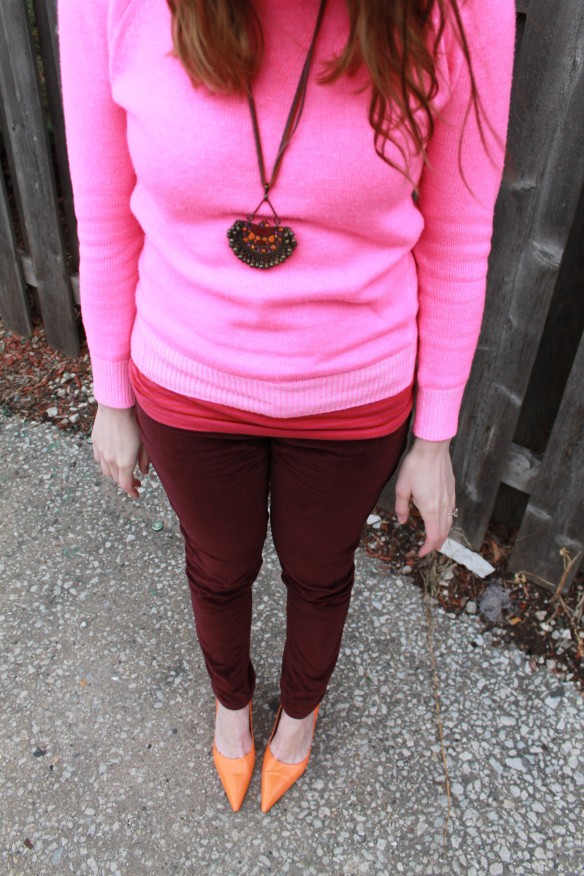 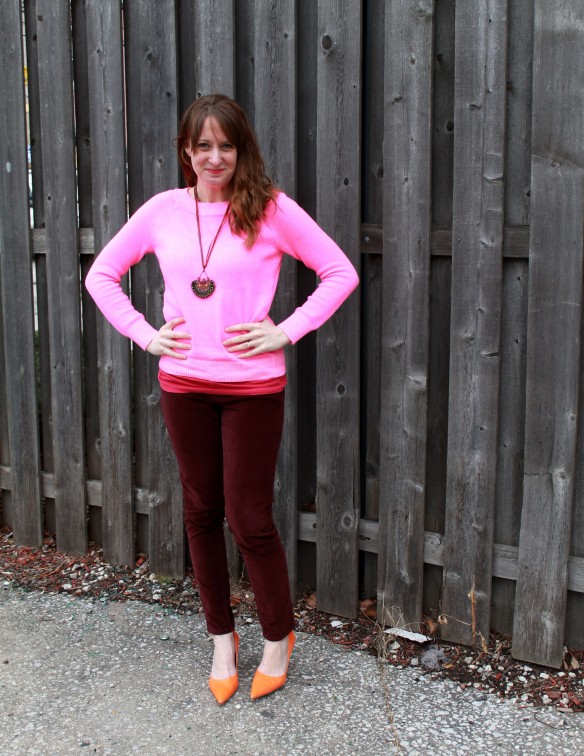 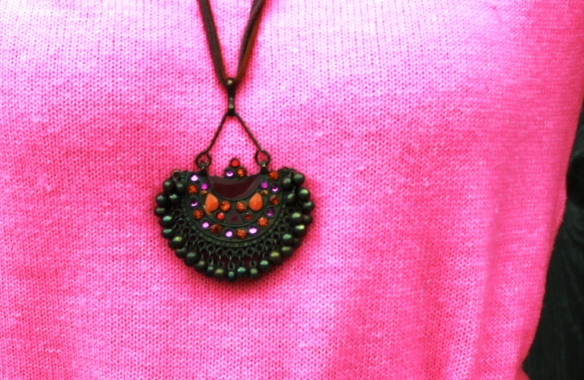 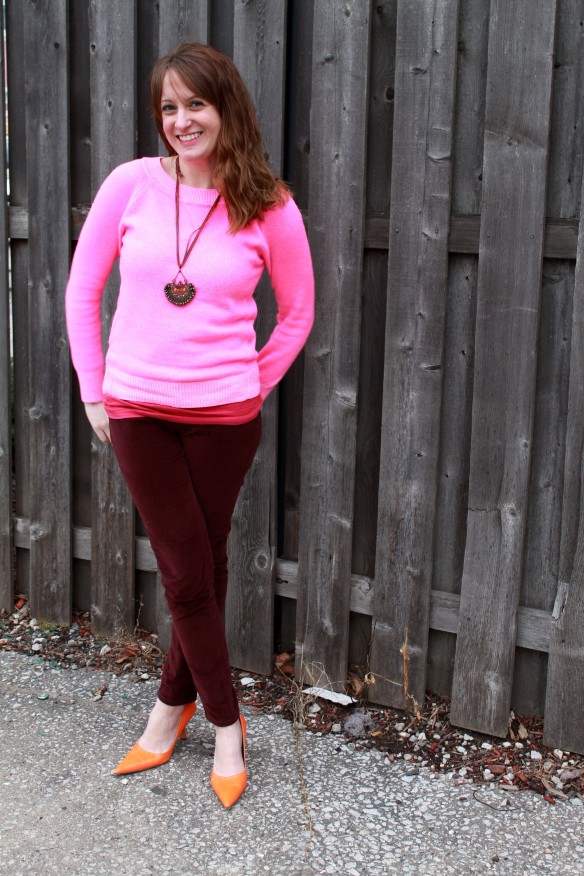